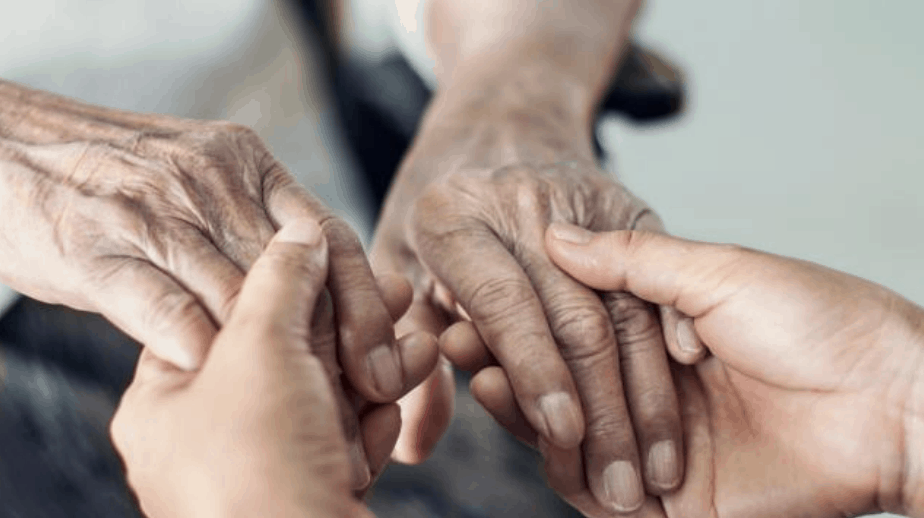 Last week, Omidyar Network announced a new vision for our work, one that focuses on reimagining capitalism; promoting the beneficial use of technology; building bridges in a pluralistic world; and fostering individual capabilities and empowerment. As we evolve to address this agenda, we will continue to rely on our flexible capital model that utilizes for-profit investments alongside nonprofit grants to effect the greatest change, but we’ll also expand our capabilities and experiment with new tools, including more direct advocacy, in support of bold new ideas. One of those ideas comes today in the form of Maine Question 1 on the November ballot, which would provide universal home care for seniors and people with disabilities, regardless of income. It is an innovative approach to an important issue, and has considerable ramifications for the future of work nationwide.

This ballot initiative is in line with our focus on reimagining capitalism, which aims to create a future that works for workers and to build a 21st century social contract that allows people to seize opportunities and live in dignity. The initiative addresses two pressing problems that we think are central to giving workers better economic security in a dynamic world.

First, given the evolution of the US economy, care work is a rising category of employment for low- and middle-skill workers, yet it’s typically poorly paid and insecure. This initiative would help fix that in Maine, while setting an example for the rest of the country. And second, a major source of instability and disruption for workers across the economic spectrum is the need to provide care for aging loved ones, a challenge that will only grow as the country ages. We believe that this ballot initiative would address these issues, which link to three broader challenges important to us:

We need to create high quality jobs, especially in high-growth sectors, in a way that gives workers voice in shaping their destiny.

Concern about the future of work – and specifically the threat of automation to jobs – is widespread. But the care sector is unlikely to be automated; in fact, it is poised to be a significant source of job growth, with a projected one million new jobs created between 2014 and 2024. And this compounds an already growing sector: in 2013, the health care and social assistance sectors accounted for the largest share of employment in 34 states.

Yet care workers are some of the lowest-paid in the nation: in Maine, home care workers make an average of $11.70 per hour, which has led to a severe shortage of caregivers. Yet many consumers can’t afford to pay more, leading to a situation that is untenable for caregivers and care recipients alike.

Question 1 would enable Maine to fund better careers for caregivers – to finally make care jobs truly good jobs. The initiative would require health care agencies to spend the majority of their funds on improved wages, benefits, and working conditions for home care workers. Additionally, the funds would be managed by a governing board that has equal representation from care workers, recipients of home care, and home care agencies, ensuring that both worker and consumer voices are represented in the design and governance of the program.

To prepare for 21st century challenges, we need to rethink safety nets so they empower people and provide dignity.

The safety net for care will be especially critical in our future, given a rapidly aging population and increasingly unsustainable care burden. Caregiving responsibilities too often fall to family members who may need to reduce paid work hours or drop out of the labor force entirely to provide unpaid care for a loved one – at an implicit cost of $375 billion per year in the US, which is nearly double the amount spent on home care and nursing services.

And this challenge will only grow: by 2030, the retired population will outnumber children for the first time in history. Maine is at the forefront of this trend; it has the oldest population in the country and 1 in 5 people are retirement age (65+). With home care costs in the state estimated at nearly $60,000/year, care services are simply out of reach for many families. As the rest of the country heads in the same direction, we urgently need new models that reduce the burden on families while also ensuring our elderly get the care they need, especially so they can “age in place” and avoid even higher costs of nursing home care. Given the gap between what families can afford and what our elderly need, we believe government must step in to close the gap.

Maine’s Question 1 would provide a bold new state-level experiment that does exactly this, generating a new stream of revenue to help Mainers get much needed home care and providing relief to unpaid caregivers. It proposes a 3.8% tax levied on individual income over $128,400 – split evenly between employer and employee – and would raise an estimated $180M annually. These funds will either pay families for the care they provide or enable them to receive affordable care that allows them to remain in their current jobs.

Against a national backdrop of divisive partisan politics, bold new policies are increasingly happening at the state level.

With near-gridlock in Washington, states will become even more important drivers of policy innovation. We believe that Question 1 will build more effective safety nets, create good jobs, and equip workers with the tools to manage their destiny. It also gives us the opportunity to test a new model of governing that could be applied to any number of issues facing our communities. With our contribution, we hope to give Maine voters the opportunity to better understand the issue at hand, so they can make an informed choice in November. And we hope that, regardless of the outcome, what Maine is doing will inspire other states to think about this important question and consider policy innovations of their own.