Thriving or Surviving? A Conversation on the Black Informal Economy with Equity and Transformation 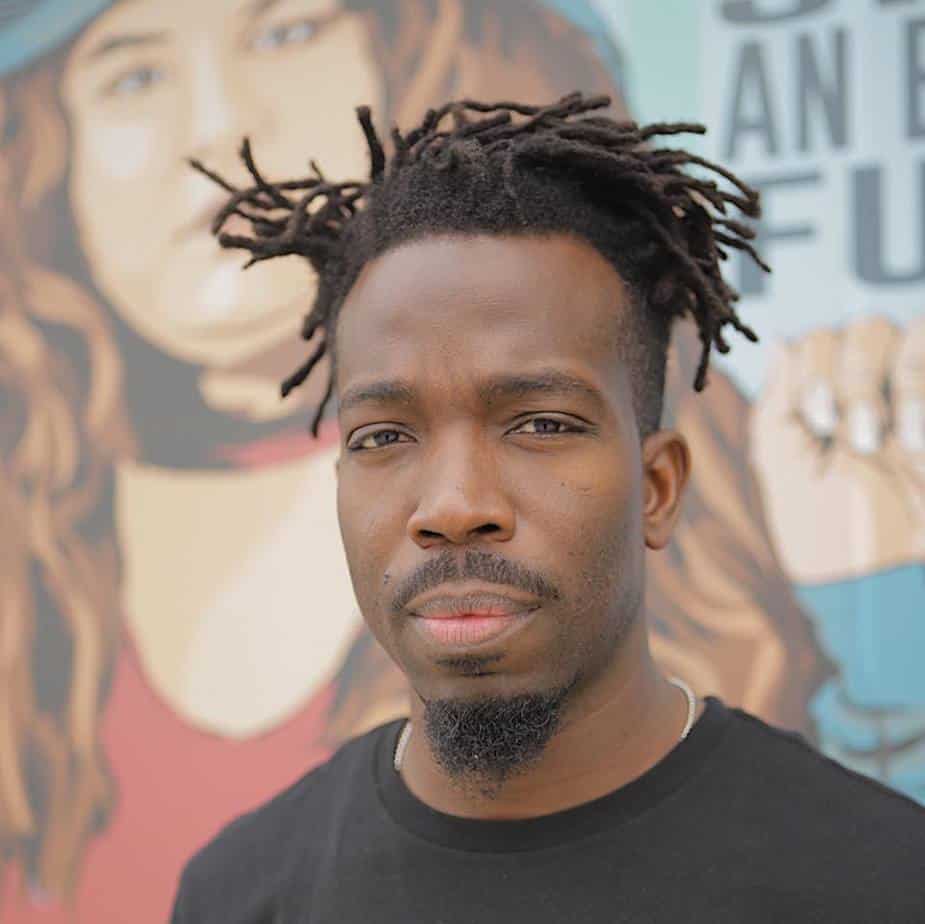 For years, politicians have talked about the need to create economic opportunities that support and expand the middle class in America. On one extreme, the political dynamics and systems of power place the greatest attention on the well-heeled and the well off. However, at the other extreme are those everyday people struggling simply to survive day-to-day within the same system. In this economic system, individuals and families are either thriving or just surviving.

Richard Wallace, founder of Equity and Transformation [EAT] in Chicago, is an advocate for those working in the Black informal economy — people who are excluded from mainstream sanctioned opportunities to earn a livable wage, and instead, use creativity and community networks to make enough money to piece together a living.

As we continue our blog series focused on racial justice, we’re speaking with leaders in the field to highlight their perspectives and life journeys that led to their work. EAT [an Omidyar Network grantee] calls out the hypocrisy of our economic system by asking some direct questions: Who has economic privilege in our society, even at more disadvantaged levels, and why? How and why does the state determine which forms of work are sanctioned while others are illegal? In January, EAT issued the Survival Economies Report which examines each of these dynamics and more as part of the organization’s mission to support those in the informal economy.

Nicole Allred conducted this interview with Richard Wallace. A transcript of our conversation is below, edited for length and clarity.

Nicole Allred: Richard I want to go back to the beginning to hear about your childhood, your mother’s transition into the ministry, and how that shaped your worldview from the start.

Richard Wallace: It was an interesting journey. I grew up in a single-parent household raised by my mother, who often worked two jobs most of her life. I remember when she came home one day and said she was quitting her job for the ministry. We were already poor, but in my mind, it was about to get worse! So, she left her job and began her work in the ministry starting in the church. She wanted to preach, but the male dominated system wouldn’t allow her, so she found solace preaching where no one else was, and that was behind prison walls. This is really where I get introduced to the practice of being accountable to the people you want to help and, in the inverse, who are helping you, and this is how I approach the work today.

NA: And you were about six or seven when your mom started the ministry, right?

RW: Yeah, she would take me behind the prison walls without a pause. I would go through the searches and be back there with most of the folks we consider “heavies.” They would tell me stories about what they would do in the ’90s in Chicago if they were free. These were genuinely great humans behind bars, and I knew that when I left, they couldn’t leave.

NA: So, what happened next, and talk a bit about your own experience with the system and incarceration.

RW: My mom and my family planted seeds, but no matter how deep the seeds are planted, there are still things you have to go through and experience as a young person. My mom moved us into a townhouse in the suburbs, and I was like an ink drop in a glass of milk.

I was the only Black person on my block. It was exciting to have a townhouse, but we were poor. Middle class integration has always been the goal for Black families, but the truth is there was a contradiction that exists there. Things that other kids did in our community I would get arrested for. So, what was really a maladjusted reaction to that lifestyle turned into a two and a half year bid at the [Illinois Youth Center] state prison.

So, I was going to visit these places when I was six and seven years old, and now I’m in this place in my teens. It was a rude awakening for me. It became one of the core experiences that transformed my life. My service to the people began there. Incarceration was horrible, but the lived experience after incarceration was much worse.

NA: How was your current work with Equity and Transformation and its mission born out of your experience being incarcerated?

RW: There are thousands of collateral consequences to being incarcerated when you come home. Your citizenship has thousands of doors that are no longer open to you. You don’t have access to employment nor college because of your background. What that meant for me is that I had to hustle to survive. Unemployed people are barred from the system on which they depend for subsistence. If you don’t stay in the system, then they dare you to find a means of subsistence for yourself.

In my work organizing the temp labor sector around issues of discrimination and exploitation, many of the immigrant workers faced higher rates of exploitation because of their undocumented status. Employers were able to extract higher value labor out of immigrant workers than Black workers. Meanwhile, Black workers would sit for hours before being chosen to go to the jobsite because the immigrant workers were always chosen first. So, there was a lot of tension between Black and Latino workers because of this notion of “privilege.” That said, immigrant exploitive wages of $4-$5 per hour would never have been accepted by Black workers, and that is why these groups need to be in solidarity.

Our folks are literally out here working and dying to survive. They are standing in a temp line and often being passed over. Ironically, I can work for a Fortune 500 company in prison making 89 cents a day, but I come home, and I can’t work for that same Fortune 500 company. It’s the same in the temp labor sector. I can’t work for this institution for full pay and a union, but they can garnish my wages and charge me for transportation to and from work.

NA: EAT is the only organization working to support the Black informal economy and recently published the Survival Economies Report. You reveal that policymakers are light years behind in the development of alternatives to formal employment. What do you mean by that? What are people doing to survive?

“One of the patterns we discovered is that occupations that exist in the informal sector aren’t fixed. They don’t stay there for perpetuity. They migrate from informal to formal, and in that process of migration there is a lack of retention of Black bodies.”

Let me break that down. Bootlegging alcohol had a high rate of Black activity. People could enter it and leave it at their leisure. Then it is legalized, and it becomes hard to find a Black alcohol manufacturer. People point to celebrities like 50 Cent and P-Diddy, but they own the label. They put the label on the bottle. We’re talking about manufacturing the actual product.

When you think about ride sharing, you get Uber, but you don’t think about the people who are already doing ride sharing in our communities. It supported people who didn’t have the money to take a cab or to own their own care. So, it was really about shared resources. Then it becomes formalized and makes billions for the owner but very little for the drivers using their own cars. Once again, the pioneers are left out of ownership.

So, I believe there are innovations galore. This is a pattern when I say our folks are innovative.

“When you really begin to see informality, you get some of the strongest expressions of Black culture.”

NA: There is also a certain level of organization, planning, hustle, and work that goes into these informal activities. The report reveals what goes into someone selling loose cigarettes, for example. You have to be at a certain place at a certain time or you’re going to miss your main morning rush. Come rain or shine you still need to be there. Even buying those cigarettes at the cost that you need so that you can then sell them at the right markup. There is so much that the report broke down that I hadn’t even considered. We then start thinking about COVID and how these activities require people to be close by. How have these activities been impacted by COVID?

RW: In mid-March it dawned on us that COVID was here to stay. We immediately took a look at the CARES Act, and there are two provisions that boxed out informal workers from receiving any aid — the child support clause and paying taxes. If they hadn’t paid taxes in the past five years, they were ineligible, and if they owed child support, they were ineligible. So, nine out of 10 Black folks who were informal workers were ineligible when in fact these were the people who needed the resources the most.

We developed COVID 19 life kits to educate people about COVID because we were battling the ghost of Tuskegee and also the digital divide. A lot of our folks don’t have IDs nor smart phones. So, while the average person is watching the news, where are homeless people getting the information that is alarming the rest of the world? So, we developed the kit to myth bust and also provide mutual aid.

RW: We need philanthropy to get behind us and invest in our experimentations of alternatives. It’s one thing to dismantle the system but invest in us to rebuild. Rebuilding requires experimentation. It requires us sitting in a room with the community, freedom dreaming and then coming out and testing it.

My experience has evolved from direct action to electoral politics to policy to research and has come full circle. So, the investment around alternatives needs to be deepened. We don’t want to just dismantle. We also want to rebuild, and the resources need to be there so we can do so.