Reimagining Capitalism Series: An Introduction to Ideas, Rules, and Power and How They Shape Our Democracy and Economy 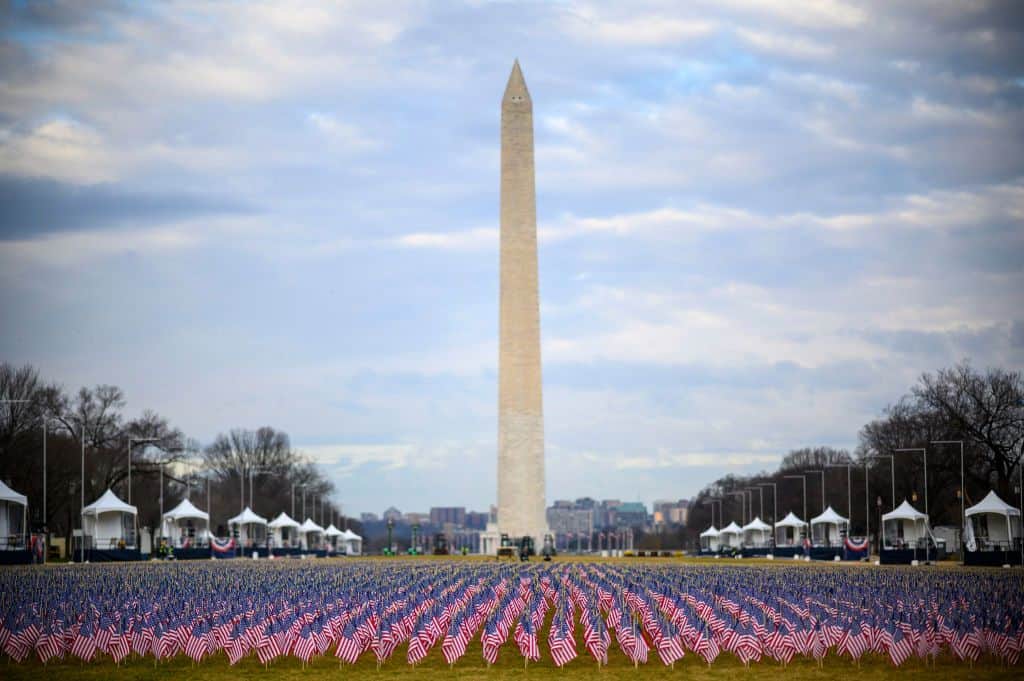 Over the coming weeks, Omidyar Network will expand on our theory of change around ideas, rules, and power and connect it to the five pillars outlined in our recently released Point of View on Reimagining Capitalism, and the work being done by our grantees. This is the first contribution to that series.

Democracy & Capitalism
This week, Joseph R. Biden was inaugurated as America’s 46th president, standing on the West Front of the US Capitol that was attacked earlier this month. With that picture still vivid in the minds of many, President Biden swore an oath to preserve, protect, and defend the Constitution of the United States. In that moment, people across the country let out a sigh of relief; though our democracy has been bruised and battered, it continues. And so too can the American people continue to pursue a more perfect union.

Democracy and capitalism have long stood as twin pillars under-girding American society. Their modern incarnations were both born in 1776 out of the same intellectual movement, and advance the same vision: for decision-making power to rest with the people. Just as we are united, as Americans by a common faith in the democratic values of equality, justice, and liberty, we value the capitalist promise that those who innovate, compete, and take risks will be fairly rewarded. Ultimately, capitalism is what has made possible American democracy, with its promise of shared prosperity and opportunity.

A key debate across American history has been of how to balance the competing rights and freedoms guaranteed in each system. Adjusting this balance has allowed our government and economy to adapt to the changes in our values across centuries. However, it is clear to so many of us that the balance between democracy and capitalism is now in a dangerously precarious position.

For years, we have prioritized the protection of capitalist rights to seek growth and profit at the expense of democratic commitment to general welfare, as enshrined in our Constitution alongside liberty and prosperity. We now find ourselves with an economy that is obviously structured in ways that exacerbate inequalities at every level. Despite a soaring stock market and rising GDP, the fundamentals of our economy are as broken as the windows smashed by the angry mob that stormed the Capitol on January 6th. Already profound gaps in income, wealth, and opportunity are widening, especially between white and Black families.

Most of us are deeply dissatisfied with the status quo, yet feel that we lack the power to change our circumstances. This powerlessness is fundamentally undemocratic and, by extension, un-American. We must change it.

Omidyar Network has called for a reimagining of capitalism so that we can once again strike a balance between our democratic and capitalist systems that creates an economy grounded in democratic values. Our goal is to achieve systemic change so that our society is centered on the well-being of individuals and communities, and allows for full economic, democratic, and social participation for all. Our strategy is to transform how economic systems support our society by investing in organizations and individuals working to reshape economic ideas, rules, and power.

Replacing Old Ideas
Throughout America’s history, we have lived in accordance with a variety of ideas that reflected society’s values at the time — many of which were rightfully discarded as our values evolved. Over the last 50 years, a set of ideas based on individual liberty, the primacy of markets, and a limited role for government have guided our economic policies, and our views of what is possible. Those ideas were built on an even longer history of economic thinking that has perpetually excluded and devalued people because of their race, class, gender, or disability. They are not only outdated, but demonstrably false.

We have entered a period of great uncertainty and change, in which ideas and the values that inform them are shifting toward a re-balancing of markets, government, and communities. Our New Economic Paradigm work is experimenting with new ways of thinking and talking about the economy, while seeking to align stakeholders around a coherent new vision for equitable, inclusive, and sustainable capitalism.

Rewriting the Rules
At its core, our capitalist economy and the ideas that shape it are a reflection of our common values. These ideas are translated into rules which give the economy structure and which govern who can participate in markets, and how. These rules include laws and regulations, as well as norms that govern everything from contracts and property rights, to competition, to employer-employee relationships. Ultimately, the rules that govern and shape markets matter, and they desperately need a rewrite.

Our democracy, policies, politics, and markets must be protected and shielded from manipulation and capture by those with the most money,. These rules must be rewritten to direct capitalism toward greater societal outcomes, not the interests of economic or political elites. To that end, we are also exploring ways to rewrite the rules that shape economic structures so that they can support the well-being of everyone in our society. As part of that work, we are looking at opportunities to strengthen market infrastructure, financial systems, and corporate governance norms so that companies and investors can account for their impact on people, communities, and the planet.

Reshaping Power
Ideas and rules are important, but they become concrete with power. Those who wield power are most likely to see their ideas reflected in the world, to design the economic and social norms governing markets and society, and determine which rules are enforced. This is why democracy, and its ideal of equal power, is so crucial to a capitalist society. Capitalism can certainly exist without democracy, but cannot, alone, guarantee that everyone will have access to opportunities to build a dignified life. We see this around the world, and increasingly in the United States: capitalist, oligopolistic markets are manipulated by the powerful to enrich themselves while exploiting the powerless. Democracy is the critical factor that allows all people equal rights and power to have a say in how capitalism impacts their lives and, more importantly, is the only system ensuring that any person can advocate for change when the capitalist economy is not delivering the basic well-being that is their right.

Any true reimagining of capitalism must include checks to balance the power between markets, government, and civil society. So, Omidyar Network is working to reshape how power is distributed across society and the economy. One of our key priorities is to increase worker power and strengthen grassroots movements, since we believe that the economy will only increase the well-being of everyone — businesses, working people, and communities — when working people have individual and collective agency and voice. On the flip side, we are working to ensure that those who have benefited from existing economic structures do not use their economic power to distort either markets or democratic processes. To this end, we are working to curb concentrated corporate power and monopolies, especially in the tech sector, and are exploring strategies to counter corporate influence in our government.

The interplay of ideas, rules, and power are ultimately what determine which iterations of capitalism and democracy are possible. Ideas (which reflect our values) guide how we build our society. Rules determine distribution of wealth and power. Power then determines which ideas and rules shape society, and how. It is impossible to create a better form of capitalism or democracy without tackling each at the same time. In doing so, we aim to create a reimagined capitalism that empowers all people to realize their fullest potential as our economy flourishes.

Last year, we outlined five core pillars that we believe could best support a modern and equitably economy, one committed to values that reflect the inalienable rights of all; built to be not only inclusive, but explicitly anti-racist; capable of exercising true counterweights to economic power; dedicated to fostering a rebalanced relationship between markets, government, and communities; and responsive to the unique challenges we face in the 21st century.

We know that we cannot build this alone. It will require deep partnership with a cadre of advocacy organizations and grassroots leaders, intellectuals and academics, business leaders and shareholders, philanthropies, policymakers and concerned citizens alike. We are humbled by the work that has already been done, encouraged by the growing chorus of voices calling for change, and proud to be a part of this effort.

Throughout our history, American capitalism and democracy held promise for upward mobility and shared prosperity. Despite the many challenges that lie ahead, we believe we can expand that promise by seizing this moment to reimagine what we can be.