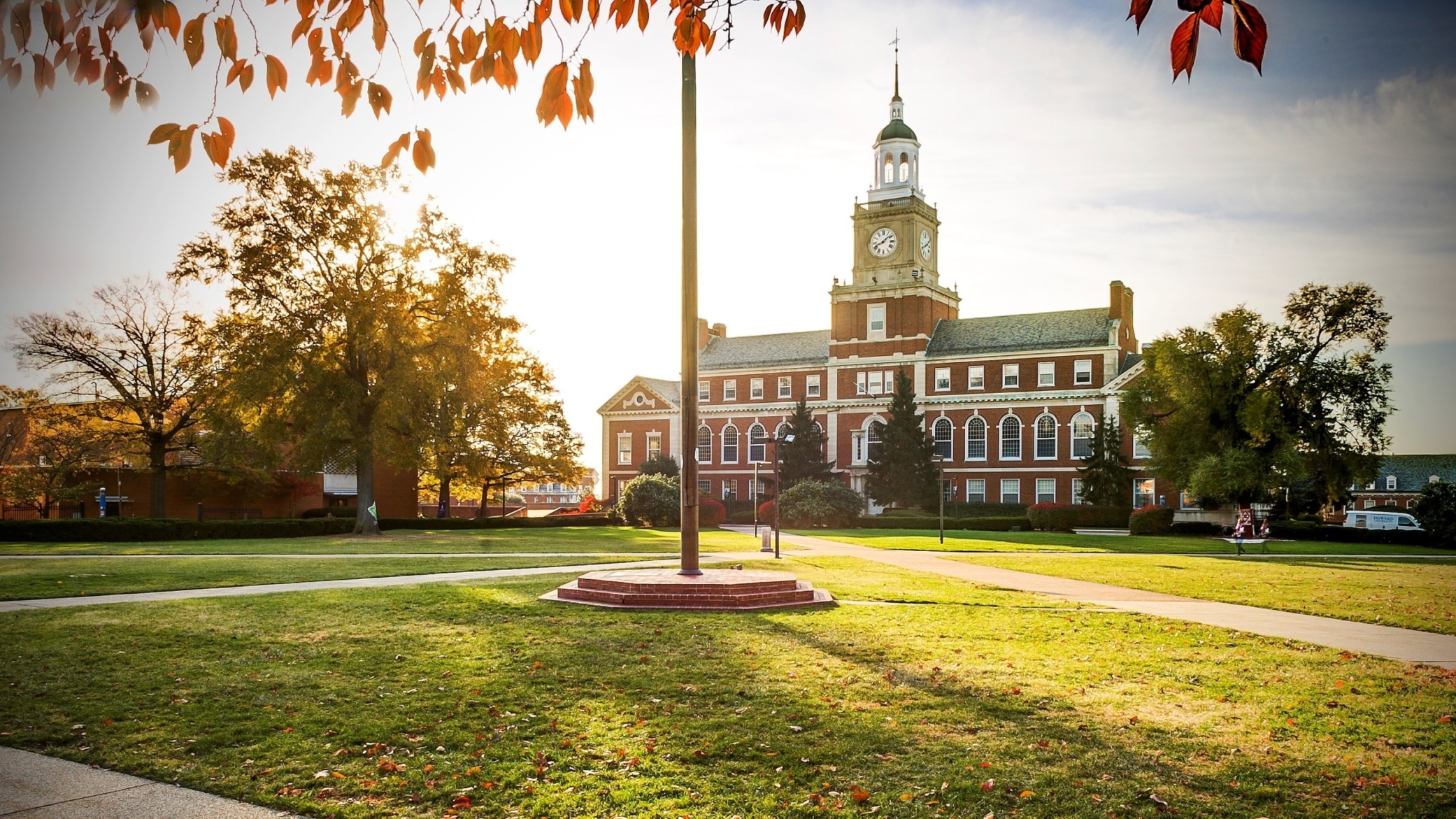 Menlo Park, CA (February 16, 2022) — Today, the William and Flora Hewlett Foundation, along with Omidyar Network, announced more than $40 million in grants to support the establishment of multidisciplinary academic centers dedicated to reimagining the relationships among markets, governments, and people. At a time when conventional economic prescriptions are failing and democratic governance is threatened around the world, scholars at leading academic institutions will investigate how economies should work in the 21st century and the aims they should serve.

The Hewlett Foundation will fund the creation and growth of policy and research centers at Harvard Kennedy School, Howard University, Massachusetts Institute of Technology (MIT), and Johns Hopkins University, and Omidyar Network is providing funds to develop an academic center at the Santa Fe Institute.

The Ford Foundation is also committed to the effort and will make additional grants to institutions in Africa, Asia, and Latin America, to be announced later in 2022. The Open Society Foundations are exploring how to best support heterodox economic thinking through Open Society University Network, a global partnership of educational institutions that integrates learning and the advancement of knowledge.

This announcement marks the beginning of a major philanthropic effort to fund higher-educational institutions to help rethink and replace neoliberalism and its assumptions about the relationship between the economy and society. For more than 40 years, neoliberalism has dominated economic and political debates, both in the U.S. and globally, with its free-market fundamentalism and growth-at-all-costs approach to economic and social policy. Neoliberalism offers no solutions for the biggest challenges of our time, such as the climate crisis, systemic racism, and rampant wealth inequality — and in many ways, it has made those problems even worse. The new academic centers will contribute to the growing movement to articulate a better approach to political economy and find systemic solutions that build a more equitable and resilient society based on a new set of economic values.

“Neoliberalism’s anti-government, free-market fundamentalism is simply not suited for today’s economy and society, but what comes next is still not fully developed,” said Larry Kramer, president of the William and Flora Hewlett Foundation, which launched its Economy and Society Initiative in December 2020 to focus on identifying a successor to neoliberalism. “This joint effort reflects our shared interest in replacing outdated 20th-century thinking — individualistic versus collectivist, central control versus free markets, liberty versus equality, and the like — with new ideas that can lead to broader economic justice and prosperity for people around the world. This is a first step to support forward-thinking scholars, students, and thought leaders who can break out of a patently failing neoliberal paradigm, with its ossified left-right divides, and help shape a bold new vision for what people should expect from their governments and economies.”

“In the decades since economists like Milton Friedman and Friedrich Hayek first developed their economic theories, our understanding of the world and the behavior that drives it has exponentially improved. Collectively, we have made great gains in understanding the cause and effects of economic inequality; created vast online social networks that operate from pocket-sized computers; sequenced the human genome; and achieved a much more comprehensive understanding of evolutionary biology and the fundamentally cooperative nature of human beings. Yet the economic models and assumptions utilized by many academics, economists, and policymakers haven’t remotely kept pace with these advancements,” said Omidyar Network CEO Mike Kubzansky. “Now, more than ever, it is imperative that we prioritize interdisciplinary scholarship to update our knowledge of complexity to better understand our economy — the ultimate complex, dynamic system. We are pleased to join the Hewlett Foundation and our other partners in supporting a new cadre of academic leaders, and a new epoch in the study of economics and its intersection with a diverse range of fields. Together, we can change the ideas that will change the world.”

The academic centers will all pursue ideas and solutions contributing to the movement to rethink neoliberalism. In addition to developing new bodies of research and collaborating with other research institutions through a multidisciplinary approach, the centers will host convenings to engage scholars, policymakers, and other stakeholders to explore new ways of thinking about our economy. The academic centers established with the grants announced today will focus on the following:

The grants announced today from the Hewlett Foundation and Omidyar Network will allow the academic centers to begin staffing up and building out their research programs, partnerships, and course offerings. Later this year, the Ford Foundation and Open Society Foundations will announce grants to fund additional centers at institutions in the Global South and around the world.

“The Reimagining the Economy Project, led by Harvard Kennedy School professors Gordon Hanson and Dani Rodrik, recognizes that existing policies have left many societies with stark inequities in opportunity,” said Harvard Kennedy School dean Douglas Elmendorf. “This project will tap the ideas and experiences of ground-level practitioners, as well as scholars and analysts, to develop practical policy solutions that can generate growth and create productive jobs in the places where people need them most.”

“The creation of the Equitable Economy and Sustainable Society Center at Howard University signifies a groundbreaking investment in a dynamic, multidisciplinary effort toward upending the complex set of structural barriers that have historically perpetuated racial and economic inequality,” said Dr. Wayne A.I. Frederick, president of Howard University. “Howard University is uniquely positioned to engage a wide range of expert scholars whose work unapologetically seeks to advance racial equity. Through the center, Howard will establish an authoritative national clearinghouse of big data on racial and economic disparities; convene HBCUs on contemporary issues; develop coursework in economy and society studies; and influence policy through focused research.”

“The American and global political economy is facing dramatic disruptions that are producing deep, tectonic shifts in our inherited ideological positions,” says professor Steven Teles of Johns Hopkins University. “Along with my colleagues Angus Burgin, Henry Farrell, Ling Chen, and others from a variety of departments, we will use the support of the Hewlett Foundation to bring together scholars and practitioners across ideological and disciplinary lines to explore this changing terrain of economic ideas and practices. Under the auspices of the SNF Agora Institute, we will also use the foundation’s resources to advance new ways of teaching students about the workings of our political economy, drawing on the diverse resources of political science, history, sociology, and economics. Through our work we hope to build new communities of thinkers and doers, committed to rethinking the economics of a free society in ways that recognize the very strange, new world in which we find ourselves.”

“Our research has helped examine the nation’s job-quality crisis, which is foundational to many of the ills afflicting our society,” says MIT professor Daron Acemoglu. “Understanding how we got here — both philosophically and practically — and how we advance to a new equilibrium, will require fresh thinking from many quarters,” noted Ford professor of economics David Autor, who will co-lead the program with Acemoglu at MIT. “The Hewlett Foundation’s support of this program will advance our core research agenda, add a much-needed multidisciplinary dimension to these efforts, and foster new directions by us and our affiliates. We expect considerable scholarly output and engagement with multiple contributors, including economists and other social scientists, as well as policymakers, nongovernmental organizations, and direct stakeholders.”

“This is a crucial project for complexity science,” said David Krakauer, president and William H. Miller professor of complex systems at the Santa Fe Institute. “We are deeply committed to bringing new methodologies from the study of adaptive systems to bear on some of the most pressing social challenges of our time — from the impact of climate and technology on poverty to the future of global work — and provide insights that might overcome political polarization to achieve a sustainable planet for everyone.”

Established by philanthropists Pam and Pierre Omidyar, Omidyar Network is a social change venture that has committed more than $1 billion to innovative for-profit companies and nonprofit organizations since 2004. Omidyar Network works to reimagine critical systems and the ideas that govern them, and to build more inclusive and equitable societies in which individuals have the social, economic, and democratic power to thrive. Learn more at www.omidyar.com.

About the William and Flora Hewlett Foundation:

The William and Flora Hewlett Foundation is a nonpartisan, private charitable foundation that advances ideas and supports institutions to promote a better world. For more than 50 years, the foundation has supported efforts to advance education for all, preserve the environment, support vibrant performing arts, strengthen Bay Area communities, make the philanthropy sector more effective and foster gender equity and responsive governance around the world. Its newest program focuses on strengthening America’s democratic institutions. Learn more at www.hewlett.org.