A Conversation about Power: Liberation in a Generation 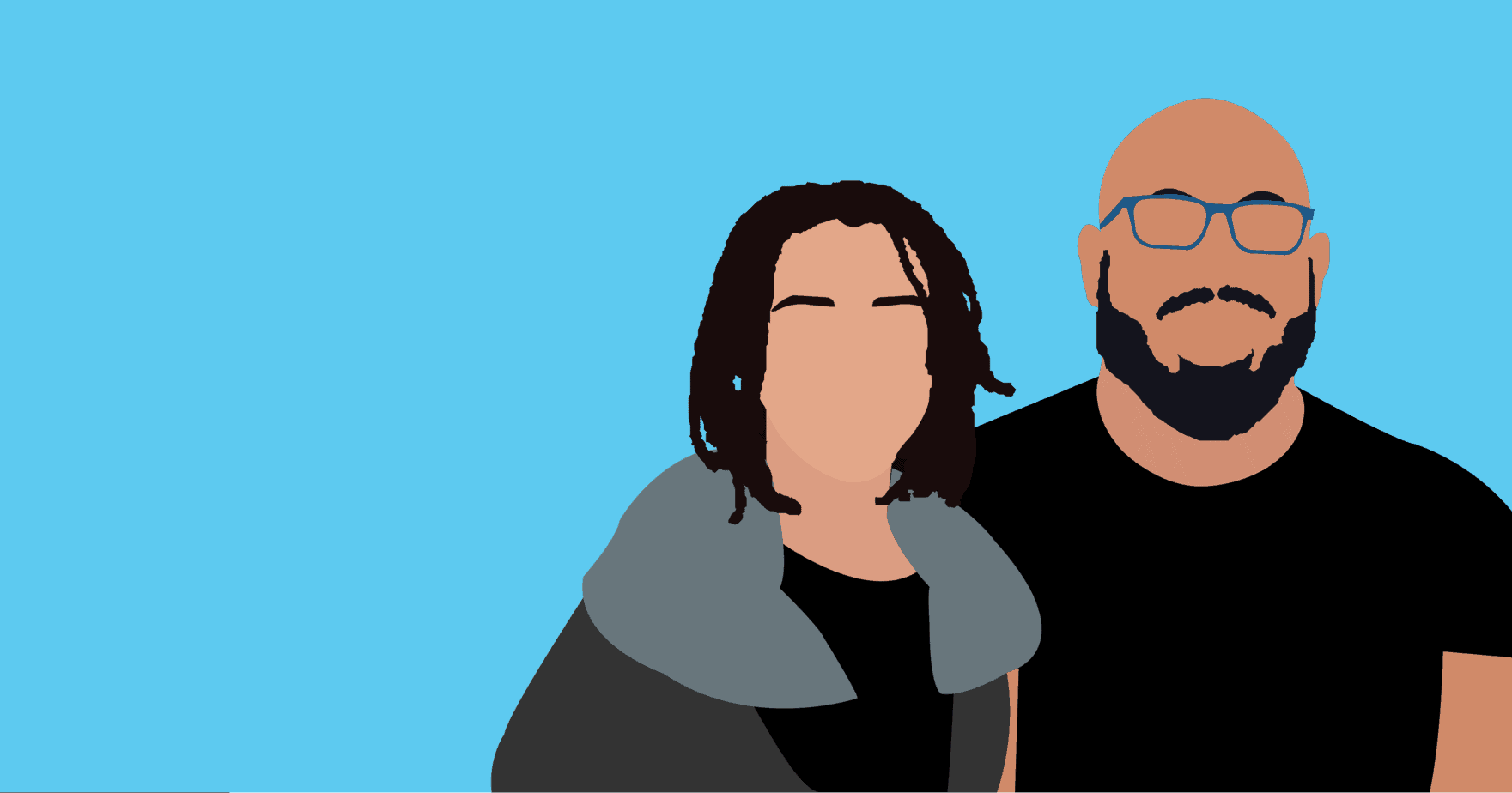 “We have to start by acknowledging people are not broken. The systems they operate in are broken, and we need to change and fix these systems. And actually, in many cases, completely tear them down and rebuild them.”

Power. It’s a word that came up frequently in our recent conversation with Jeremie Greer and Solana Rice, the co-founders and co-executive directors of Liberation in a Generation. Who wields it, and where should it be concentrated if we are indeed to institute change at the intersection of race and our economy?

As we continue our blog series focused on racial justice, we’re speaking with leaders in the field to highlight their perspectives and experiences. Liberation in a Generation [an Omidyar Network grantee] has a bold vision of building an economy that centers the well-being of all people of color in just one generation. The organization is co-creating a policy platform to elevate the work and leadership of Black-led organizations as the most fertile ground for societal transformation.

In asking how they could use their experience in creating policy to support and organize groups that are successfully creating change within their communities, they identified one simple and crucial idea: it’s time for a shift in power.

Nicole Allred conducted this interview. A transcript of our conversation is below, edited for length and clarity.

Nicole Allred: Your work aims to create political and economic change so that people of color prosper. Talk to us about your approaches and how you aim to create these changes.

Jeremie Greer: We really wanted to identify the gaps in the ecosystem that a new organization could fill, the spaces where there was a need for new voices. We found three areas:

There is a need for a broad platform of bold policy solutions that creates guideposts towards a timeline of our generation creating liberation. This timeline is really important because we all know that deadlines create a sense of urgency that can push us to think bigger than the kinds of incremental stuff that, honestly, we’ve been messing around with since Dr. King’s assassination.

“The narrative about how the economy is supposed to work for people, does not make it conducive for people of color–particularly Black people–to thrive.”

We also recognized that the narrative, the story we tell ourselves about how the economy is supposed to work for people, does not make it conducive for people of color–particularly Black people–to thrive. This narrative doesn’t acknowledge the intentional harm that’s been done to people of color through the economy. It does not create space and accountability for the government to utilize the economy to uplift people of color.

Finally–and this is central to our work–as Black people and people of color, we are not targeting our political power towards driving big, bold solutions. We’re moving things, but we aren’t really focused on making sure everyone has a job, ensuring that everyone has a home, clean air, and water, as part of a big package that we’re all working on together.

And that’s the space that Solana and I see ourselves filling. As people with deep experience in the policy development space, we can support organizers to become the leaders who move these big policies forward.

Allred: You spoke a lot about power in that description. Many people, myself included, have seen the economy as a bit like the weather–something that happens to you that you don’t have control over. How can we change that narrative?

Solana Rice: By the middle of this century, the median Black and Latinx wealth will be zero. That is not because of individual behavior. If you don’t buy coffee every day, if you stop buying shoes, if you stop buying cell phones, that statistic does not increase.

Recently, I had a conversation with someone at one of the federal reserve banks. He said approximately 80% of the racial wealth gap is due to the systems in which people must operate. The other 20% could be attributed to individual behavior and choice. Lack of wealth in Black and Latinx families is because of theft, exploitation, and exclusion. It’s important to recognize this and ask ourselves where we are putting our resources. Are we putting them into shaming people to make sure they are deserving of public benefits? Or, are we actually putting them towards changing the systems that people are navigating?

“Are we putting [our resources] towards changing the systems that people are navigating?”

Greer: Darrick Hamilton, a good friend of ours and a great advisor to us [and a grantee of Omidyar Network] said, “Racism is profitable because our form of racial capitalism requires there to be an underclass. The systems were created to make sure it’s a racialized underclass.” This puts Black people in the underclass, along with Mexicans, other immigrant groups, and Indigenous people. This was an intentional choice by those who operated the economy in the early years of this country, and it has maintained all the way through today. If we’re not honest about that fact, we can’t get to a place of true liberation.

Allred: Speaking about power, systems, and institutions, I’d be remiss if I didn’t ask how you think philanthropy can do better. What can we do more of? What should we do differently?

Greer: The biggest problem I see in philanthropy is that it does not honor people of color’s expertise and leadership. And until philanthropic organizations are ready to do that with their dollars, then I don’t buy that they’re really about creating racial justice.

Rice: That’s absolutely right. The leadership of Black people, Indigenous people, people of color, and Latinx people, is critical. Beyond any other expertise, we are experts in our own experience and we have a worldview that reflects our experience.

What does a foundation get out of investing in people of color? You get a more equitable society. That’s the value proposition here. It’s scary for funders and philanthropy to think about: letting go of a bit of control and power. But we need to understand the role of philanthropy in our overall well-being. What would happen if we all had what we needed? Would we need charities? Would we need philanthropy?

Greer: I think it does start with the people who have power in this current structure and system. And I believe the action that’s needed is to just step back. I know that this may sound crazy, but philanthropy should give five-year, multimillion-dollar grants to Black-led organizations, organizing people to build power.

“If you’re really serious about making change, direct dollars towards Black-led organizations, or organizations led by people of color.”

If you’re really serious about making change, direct dollars towards Black-led organizations, or organizations led by people of color. As for the rest of the ecosystem, we need to move on from “people fixing-based programs.” We have to start by acknowledging people are not broken, the systems they operate in are broken, and we need to get to work to change and fix these systems. And actually, in many cases, completely tear them down and rebuild them.

Allred: As you’re working with people on the ground, how is the current fight for racial justice impacting their work?

Greer: People are making the connection between racial justice and economic justice. I was struck by the images of Black protesters destroying a Target. It didn’t surprise me because I know, being from Minnesota, that Target is a visual representation of capitalism in Minnesota. We’re seeing connections between what has been usually viewed as racial justice issues–policing and mass incarceration and the prison-industrial complex–with economic issues like fair wages, access to employment, and housing.

Rice: People are making clear connections between the importance of basic health for everyone, especially Black people and people of color, and the economy. Guess who the essential workers, the teachers, and the postal workers are?

We’re essential to the economy, to health, to democracy. We are fortunate to have this election moment in November to say, “You can vote with your feet. You can have a say in the highest office and your local jurisdictions.” I’m so pleased that we are not shrinking the demands for divesting from the police. The policies that we need to invest in are huge, and they’re expensive. And they are policies we need: guaranteed income, a jobs guarantee, universal healthcare, free college. I’m heartened by our ability to take the pain and the grief of the moment and keep the drumbeat going.

“I’m heartened by our ability to take the pain and the grief of the moment and keep the drumbeat going.”

It’s very clear now that our work must, and will, continue after November.