Dodd Frank Ten Years On: Why We Still Need Structural Reform of the Financial Sector 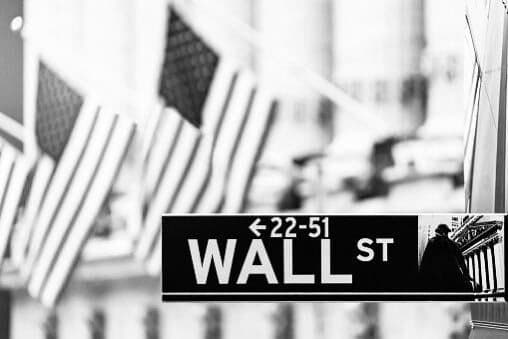 Next week marks the 10 year anniversary of the Dodd-Frank Wall Street Reform and Consumer Protection Act.

This legislation made critical reforms to address the root causes of the 2008 financial meltdown. It reduced systemic risk and protected consumers by increasing capital and liquidity requirements for banks, strengthening oversight of the derivatives market and shadow banking sector, and creating the Consumer Financial Protection Bureau.

This law has made a difference. Today, as we face the unprecedented economic impacts of COVID-19 and an economic system ill-equipped to respond to a pandemic, the reforms embedded in Dodd-Frank are a primary reason the banking sector has been able to weather the first wave of the economic storm.

But we believe Dodd-Frank only made a small dent in what’s a much bigger problem for our country: the financialization of our economy.

Financialization and Its Discontents

Fueled by multiple waves of deregulation over the last several decades, the financial sector has grown in size, scope, complexity, and power — even after the financial crisis of 2008.

We have seen the rapid growth of financial sector activities that are ever more removed from helping households and companies save and invest, and ever more geared towards generating profits for Wall Street — like high frequency trading, leveraged buyouts, activist hedge funds, and speculation in complex derivatives.

At the same time, the financial sector has become more concentrated, enabling large incumbents to wield increasing market power, and creating an environment in which “too big to fail” institutions can privatize profits while socializing losses. Wall Street has also exerted ever greater influence in politics and regulation. This year alone, the financial sector has made nearly $700 million in political contributions.

The impacts of financialization permeate our economy. It drives over-indebtedness of both households and companies. And Wall Street’s insatiable demand for transaction and trading volume creates unhealthy pressures for short-termism in the corporate sector, fueling stock buybacks and various forms of financial engineering that have no intrinsic value, other than to juice short-term stock performance.

Recent crises have demonstrated how a too powerful financial sector has served to deepen structural inequality, exacerbate racial divides, and reduce the resilience of our economy as a whole.

The financial crisis of 2008 — caused by an unchecked, unbridled financial sector — had a deep and lasting impact in exacerbating the yawning inequality we see today.

Millions of working families saw their wealth wiped out by risky mortgages and the crash in housing prices, and millions more lost jobs in the ensuing recession. The impacts were particularly severe in communities of color, where families that were more vulnerable to an economic shock were aggressively targeted by predatory lenders.

Sadly, the same story is playing out today. While the spark for our current economic crisis is different — the forced shutdown of the economy by a global pandemic — the impacts of this crisis on the American people are strikingly, and depressingly similar, to the last one.

The most severe negative health and economic impacts have again fallen on working people, and have disproportionately affected communities of color. Again, big businesses and their shareholders were among the first to get bailed out — with the Federal Reserve taking unprecedented action to backstop the financial sector and corporate America.

The divergent realities of Wall Street and working people have rarely been more apparent. Recent weeks have seen the stock market rise to near its pre-crisis highs, even as tens of millions of people remain out of work, with another 1.3 million people applied for unemployment insurance this week, and small business failures continue to rise.

Despite the vastly different causes of the crises of 2008 and 2020, the outcome remains the same: Wall Street is prioritized over working people.

The defining characteristic of the American economy has become deepening, pervasive, structural inequality — and we are seeing that economic crises — whatever their cause — further accelerate the stratification of power, wealth, and opportunity in our society. The financial crisis set American families back a decade — and the current crisis threatens to set us back another decade, if not more, if we do not take action to address the fundamental causes of structural inequality.

This is why Omidyar Network has committed to Reimagining Capitalism. We believe this will require new ideas to replace the outdated and discredited ideology of neoliberalism. It will require counterweights to power, checking concentrated political and economic power, and building up power for those stakeholders who lack a voice in our current system. And it will require rewritingthe rules that govern markets, to better orient the power of markets towards the societal outcomes we desire.

It is through this prism that we are embarking on work to reimagine finance in our economic system and our society.

We believe our financial sector has become too big, too concentrated, too powerful, and too focused on driving profits for itself, rather than serving the real economy.

This may not be what some expect to hear from Omidyar Network. We have a decade-long history of harnessing capital as a force for good as a prominent impact investor, and we have invested in hundreds of companies and funds focused on solutions to social and environmental challenges. We believe that a healthy, competitive, fair, and stable financial system is a fundamental building block of our economy and of a reimagined capitalism, and that financial markets and private investment can be powerful forces for positive impact in our society.

But we have come to believe that investing for positive impact is a necessary but not sufficient role for philanthropy to play in building a fairer financial system. We also need to curb the negative impacts of the financial sector on inequality in our society.

As Dennis Kelleher, states, too often today’s financial sector functions as “a wealth-extraction mechanism for the few rather than a wealth-creation system for the many.”

In our view, we need structural reform of the financial sector to curb exploitative and predatory practices, check the concentrated power of Wall Street, and reorient the financial sector to serve the real economy in a way which enables growth, innovation, investment, jobs, and economic stability. We need to build towards a fairer, more inclusive industry that helps everyone manage their finances effectively, no matter their wealth, race, or zip code.

To achieve this vision, we believe it is critical to strengthen the financial reforms put in place following the 2008 crisis — not weaken and unwind them as we are seeing today on too many fronts — from consumer protections to safeguards against systemic risk. And we must rein in and reorient those segments of the financial sector that are exacerbating inequality.

Americans for Financial Reform (AFR) is a nonpartisan and nonprofit coalition of more than 200 civil rights, consumer, labor, business, investor, faith-based, and civic and community groups with a shared commitment to building a strong, stable, and ethical financial system. AFR’s advocacy work today ranges from addressing systemic risk in the banking system, to combatting the student debt crisis, to ringing the alarm bell on the impacts of predatory private equity. As a broad-based coalition and hub organization, AFR brings policy expertise to advocate for the public interest in federal legislation and regulation, and it serves as a critical connector between Washington policy advocacy community and the critical work of partners in states and local communities.

Better Markets is a non-profit, non-partisan organization founded to promote the public interest in the financial markets, support the financial reform of Wall Street, and make our financial system work for all Americans again. They serve as a citizen watchdog group, a powerful counterweight to the financial industry, and a strong advocate in the media. Representing the American public in all stages of the financial rulemaking and policymaking process, they employ experts with deep expertise in areas like banking regulation and derivatives, and are often the sole public interest voice going up against legions of financial sector lobbyists and lawyers in regulatory rulemakings and legal fights. Those issues can be technically complex and don’t often make the front pages, but are of critical importance to our economy, to ensuring a just and fair financial system, and to American families’ economic security, opportunity and prosperity.

We believe strengthening the power of the public interest voice on financial sector issues is essential to the long-term endeavor of building a more just and equitable capitalism. Ten years after Dodd Frank’s passage, our economy is better off today because of the efforts of AFR, Better Markets, and all of those who helped to implement these critical reforms. But the fight to tackle financialization and build a fairer financial sector has just begun. We need more voices for the public interest in this fight — and we hope others will join us.

PrevPreviousIntroducing the Ethical Explorer Pack
NextDodd Frank Ten Years On: Why We Still Need Structural Reform of the Financial SectorNext