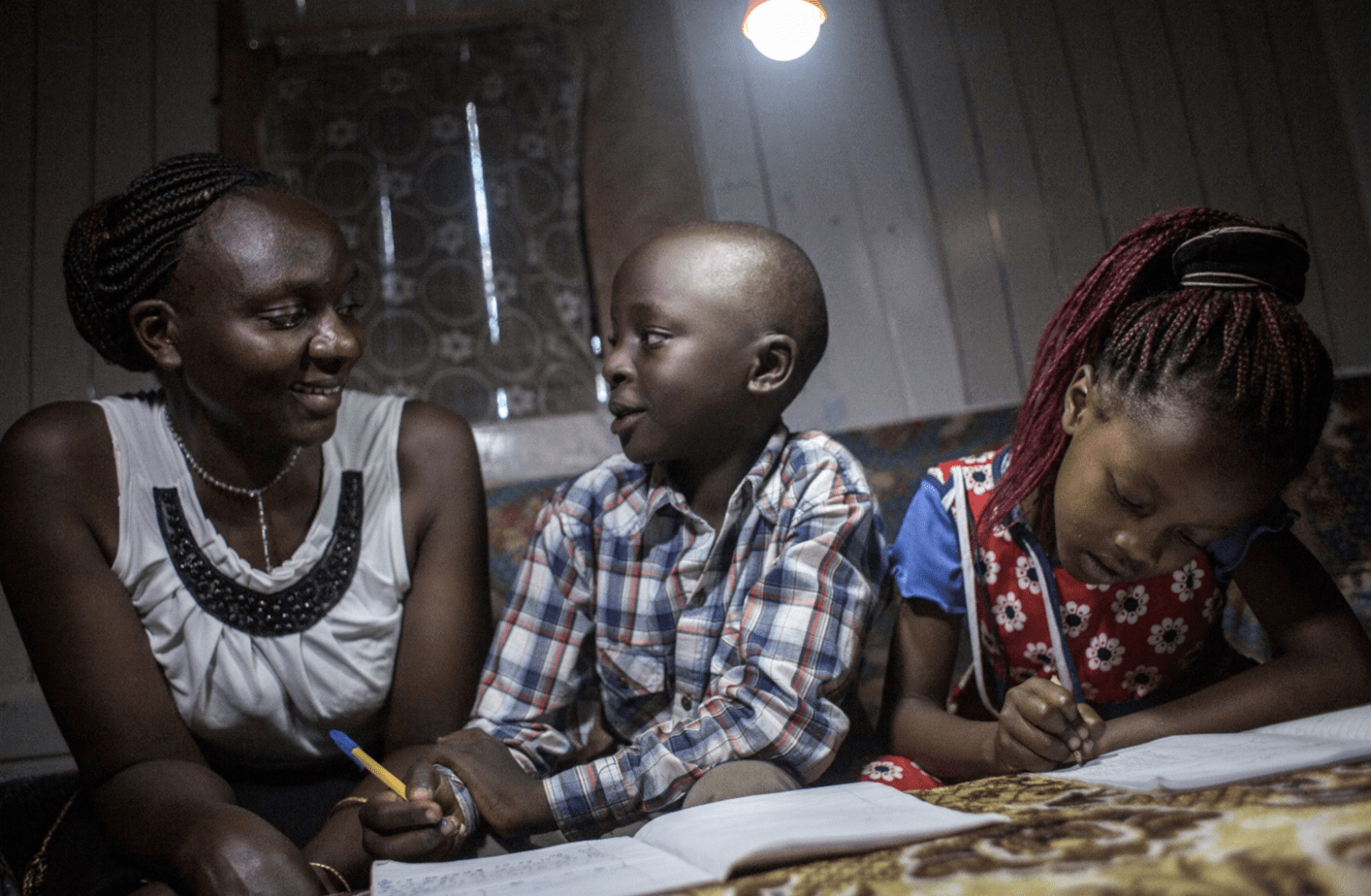 By Isabelle Hau and Mike Kubzansky

Mercy Ilahuya is a 14-year old Kenyan. He attends Magina Primary School in a rural part of the country where most people live on less than $5 a day. Until last year, his public school did not have access to power or lighting, severely limiting the students’ ability to learn.

But with the help of several d.light solar systems, acquired in 2018 through Solar City’s GivePower program, Mercy can now study longer hours and begin to realize his lifelong dream of becoming a doctor. And Mercy is only one of 100 million people — including 26 million children — whose lives have been positively impacted by d.light. Through four hubs in Africa, China, South Asia and the United States, d.light manufactures and distributes solar lanterns and small home solar systems in over 70 countries around the world.

Omidyar Network first invested in d.light in 2010 when the company was serving fewer than 1 million people. It was one of the first impact investments we made, done with the intention of generating a positive, measurable social impact alongside a risk-adjusted market-rate return. In the decade since we took that early risk on an unproven product and business model, d.light has become a case study of the promise of impact investing, achieving both solid financial returns and significant impact at scale.

Since our initial investment, d.light has expanded its reach to 100 million people, remarkably on target with the initial goals co-founders Ned Tozun and Sam Goldman set when they started the company. d.light has also grown its product line from solar lanterns to small home solar systems, successfully leveraging a pay-as-you-go financing structure for its customers. It has also diversified its distribution channels, having built a large base of distributors and agents across the world — many being micro-entrepreneurs and ambassadors of the d.light brand.

But more importantly, providing access to lighting and power has yielded meaningful direct impact outcomes: improved health and safety, increased performance in school, reduced eyestrain, ability to generate more income, light for health clinics, schools and emergency shelters (e.g., Haiti or Nepal), and CO2 emission reduction. Moreover, the company has also spurred massive sector-level impact by contributing significantly to the creation of a new category in off-grid electricity and power. When they first launched, d.light faced concerns that Africans would not buy their products or that they would never become profitable. They proved their critics wrong; not only are they financially successful, but they have inspired new entrepreneurs and large organizations to focus on off-grid access and leading innovative collaborative industry efforts, such as GOGLA.

In line with its impact at scale, d.light has also grown its revenues and profitability, and attracted various sources of capital over the years in the form of equity, debt, and grants. Its most recent investment comes from Shell New Energies; their acquisition of a minority stake in the company provides a successful financial exit for early investors such as Omidyar Network. Our financial returns validate our early risk, but also underscore the challenges facing first movers, especially in emerging markets. d.light has demonstrated that it is possible to achieve both financial success and deliver impact at scale, and has helped mainstream an idea that was unproven just 10 short years ago. Given the size and reach of an investor and operator like Shell, this step will also provide a pathway to even greater scale and continued impact, and we are proud to have been one of the earliest supporters of d.light.

Being in the dark, without access to lighting or electricity, fundamentally makes one powerless in our modern world. Nearly two billion people worldwide have either nonexistent or unreliable access — and d.light aims to continue its effort to empower many more, like Mercy Ilahuya. As we exit our investment, and d.light meets its goal of reaching 100 million lives, we wanted to offer our sincere and warmest congratulations to a venture and a team of entrepreneurs that has truly exceeded expectations and sparked a category. d.light is a proof point for the industry. We look forward to celebrating the continued success of d.light and the broader off-grid industry as it works to empower everyone on this planet.