The Dawn is Ours: Gen-Z & the Fight for Social Justice 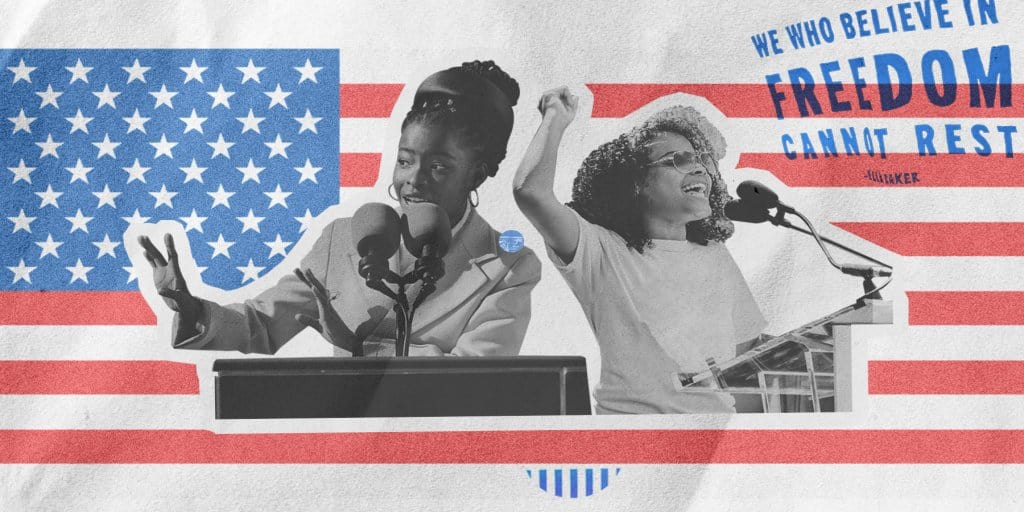 “When day comes, we ask ourselves, where can we find light in this never-ending shade? And yet the dawn is ours before we knew it. Somehow we do it.”

These are the words of 22-year-old Amanda Gorman — the first National Youth Poet Laureate in American history. The opening lines from her poem, “The Hill We Climb,” were first heard at President Biden’s inauguration and inspired millions around the world. Amanda Gorman was one of several youth who participated in inaugural events that day. They represent the next generation of activists meeting today’s challenges head on.

This group has experienced and persevered through cataclysmic terrorist attacks, economic disruption, the ever-present threat of police violence against Black and brown bodies, and politics that further divides us with every news cycle. Add to all of this the accelerants of the internet and social media.

However, young people leading the way is not a new phenomenon.

In the latter half of the 20th century and the first two decades of the 21st, youth have been conscientious revolutionaries working to ensure the words of our nation’s Constitution apply to all within our borders. Indeed, Martin Luther King, Jr., a 25-year-old Baptist preacher at the time he led the bus boycott in Montgomery, would be considered a member of Generation Z today. King and his generation of civil rights leaders, the people whose names we hear most often during Black History Month, serve as an inspiration to the current class of emboldened youth activists.

Viewed from this perspective, the voices of young people must be recognized and actively engaged in our fight for social justice in America and throughout the world. Those voices include the likes of anti-gun activists and Parkland school shooting survivors David Hogg and Emma Gonzalez, global environmental activists Greta Thunberg and Flint, Michigan native Mari Copeny, known as “Little Miss Flint,” and now Gorman. It’s not only important to recognize their activism but to appreciate that without it, we will fail to reach the next rung on the ladder of equity, opportunity, and justice in America.

Without the activism of Gen-Z, we fail to reach the next rung on the ladder of equity, opportunity, and justice in America.

Generation Z: The Leaders We Need

Against the backdrop of the pandemic and economic devastation, the summer of 2020 forced us to reckon with the horrific murders of Ahmaud Arbery, Breonna Taylor, Elijah McClain, George Floyd, and so many others at the hands of police. We marched, protested for change, and the surge of the Black Lives Matter movement spanned oceans. We called for legislative action to strike down the pillars of white supremacy undergirding the foundation of the United States. We forced the start of difficult conversations. And at the forefront of this cultural shift was Gen Z.

This generation has called for expediency in eradicating inequities across the map. They have refused to accept silence from brands that have the platforms to speak up and make a difference, and pushed back against those whose words are solely performative. For Gen Z, a crucial requisite for justice is intention and purposeful action.

As younger people continue to step up and speak out, we must ask ourselves: How can we learn and leverage their activism to effect change more broadly? What does letting Gen Z lead really look like?

When we think of dynamic futurism and the forward-thinking solutions to the ever-growing problems plaguing our world, Gen Z voices can be the most powerful ones at the podium.

And when Amanda Gorman spoke on inauguration day, her words acknowledged the past and inspired future possibilities. In referencing the “shadows” rather than the darkness, she may have been referencing the work of those freedom fighters for justice from generations ago. It’s not completely dark, but there still remains important work to be done. Her final refrain tells us inherently what Generation Z is already doing, and how we can emulate their example to bring about positive change.

PrevPreviousBusiness must do more to restore our democracy — and philanthropy must help
NextFrontier Capital: Early Stage Investing for Financial Returns and Social Impact in Emerging MarketsNext