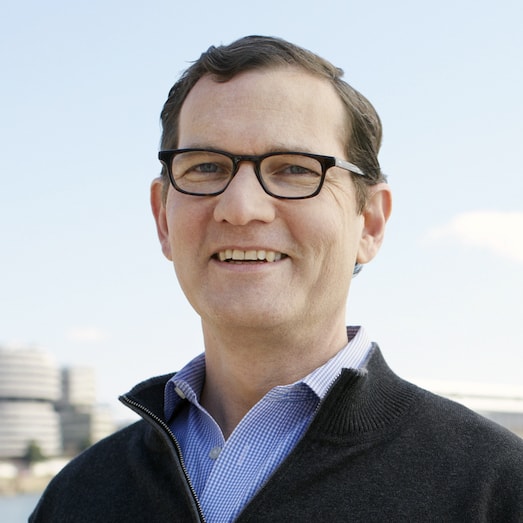 Mike was appointed CEO of Omidyar Network in March 2018 after successfully leading the firm’s Intellectual Capital practice, a function he established when he joined the firm in 2013.

Under Mike’s leadership, he has transformed the social change venture to focus “upstream” on three of the critical 21st century disruptions that have the greatest impact on people’s lives: the economy, digital technology, and demographic change, with the goal of channeling these disruptions into well-being for the many, not just the few. These three areas have been a through line in his career, as has his work across public, private, and nonprofit sectors in emerging and developed markets.

His prior work on digital technology spans a range of settings from telecom start-up to a partner at Monitor Group (now Monitor Deloitte) to Omidyar Network’s investment committee.  Across them all, Mike’s goal has been to harness, explore, and understand the continuum of technology’s impact, from the promise of increased access to services via mobile phones, digital identity, and other innovations to the threats that trample on privacy, competition, and democracy.

His prior work on economic issues is similarly broad, whether at World Bank/IFC covering East Asia, consulting on financial and other economic inclusion topics,  microcredit and transport in Africa, or community economic development in US cities from Chicago to Flint to Philadelphia.

Mike also taught a class at Johns Hopkins SAIS on impact investing and serves as a member of the Board for the US Impact Investing Alliance.

His writing on a range of topics has been featured in more than a dozen publications, including Harvard Business Review, Stanford Social Innovation Review, and Barron’s, and has been quoted extensively in philanthropic, business, and general news outlets.

He began his career in US politics, as a field organizer on Michael Dukakis’ 1988 presidential campaign and later in the Massachusetts State Senate.

Mike earned his MBA from the Kellogg School of Management at Northwestern University and a bachelor’s degree from Brown University. He lives in Washington, D.C., with his wife and golden retriever, and eagerly receives occasional visits from his two adult children.