UPDATED: Congress is Ready to Fight Back the Titans of Tech 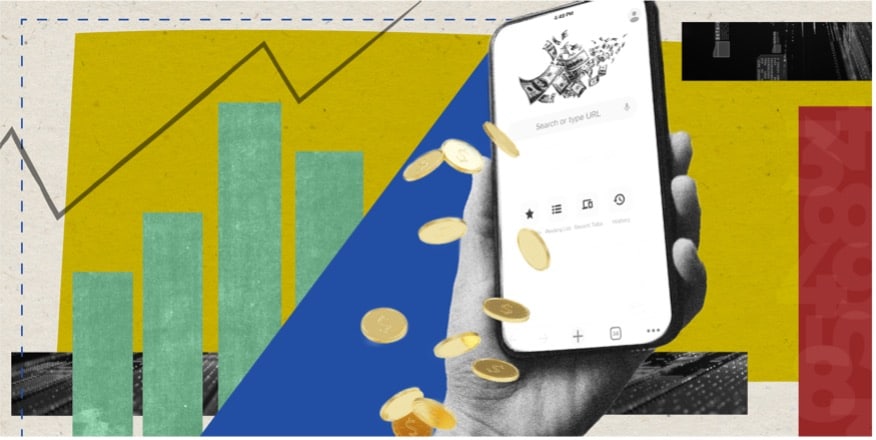 Omidyar Network applauds the House Judiciary Committee for acting swiftly and with conviction to advance six bills that will restore true competition to the digital economy. These bills will place long overdue checks on big tech companies that have time and again proven their willingness to prioritize profits over working families, communities, fair markets, and democracy. We thank Committee Chairman Nadler and Subcommittee Chairman Cicilline for their leadership, and urge the House of Representatives to act with similar urgency and in the same bipartisan spirit to move these landmark measures one step closer to law.

A bipartisan group of House lawmakers, led by Rep. David Cicilline (D) and Republican co-sponsors including Rep. Ken Buck (R), introduced a package of five bills earlier today that, taken together, reflect a wholesale change in the way Congress intends to hold the largest digital platforms – including Facebook, Google, Apple, Amazon, and others – to account. Today marks a watershed in the nation’s increasingly strained relationship with these marketplace behemoths.

For too long, Congress appeared almost ill-equipped to grapple with the self-proclaimed complexities of the platforms’ rapacious business strategies, seemingly bedazzled by the hip packaging of Silicon Valley “tech wizards” who provided an endless stream of new products and services purportedly for free. But these bills now take aim at a number of serious problems identified in the Antitrust Subcommittee’s year-long bipartisan investigation, and described in the Subcommittee report released last October. They reflect the understanding that none of these services actually is “free.” Rather, all of them vacuum up our personal data and attention and monetize it to sell advertising and products and services in a variety of digital markets at absurdly high profit levels, all to the detriment of the consumers and small business that often have no or limited choice but to transact through these platforms.

The “free” products and services the platforms offer, moreover, frequently are low-quality, defective, or even outright dangerous—both to individual consumers and more broadly to our democracy and civil society. Facebook recommends racist, extremist, or neo-Nazi “groups” to users its algorithm deems susceptible to such ideology. Google serves ads for local casinos to users searching for help for their gambling addictions, and, through its wholly-owned YouTube, shows weight-loss videos to teenage girls at risk of eating disorders. Similarly, the market behaviors of multiple companies, including Apple and Amazon, are under additional scrutiny for equally nefarious behavior.

How can the platforms get away with this and endless other forms of abuse? Partly because the platforms face few if any consequences for this sort of conduct because they hold tremendous market power and don’t face traditional market forces that would force them to be and behave better. True competition – sometimes termed “contestability” – in the various digital markets would exert pressure on the platforms to do better, to make their products safer, and to treat their consumer and business users more fairly. We might see a rival to Facebook that offers a platform to connect with friends and family that is “just like Facebook, but without the neo-Nazis!” Or a new online marketplace that, unlike Amazon, doesn’t preference its own products and thus instills confidence that it truly serves consumer interests rather than its own.

There is a unifying wisdom to this package of bills, despite the seemingly discrete topics they address. One bill requires “structural separation” to eliminate the conflict of interest when a platform sells its own products or services on its own platform. Another enables users to move their data from one platform to another and requires platforms to interoperate with other services. Another bill prohibits platforms from giving preference or prominence to their own products or services. Another strengthens the standard for the review of proposed mergers between platforms and any other company. And the final bill increases funding for antitrust enforcement and agency oversight.

While five distinct bills have been introduced (and some may bear the brunt of different political winds than others), the manifest purpose of each of them, and all of them together, is to create or impose conditions in which competition – as opposed to either the government or a small handful of tech giants – determines the future of tech and the digital economy. Competition, of course, implies (1) providing real opportunities to rivals and upstarts (any one of which might, if given the chance, morph and grow into the next Amazon or Apple); and (2) requiring fair treatment of other market participants (for example, by preventing predatory practices that allow the platforms to keep the vast majority of the profits in the digital economy while leaving mere scraps for others).

When you give real opportunities to people and companies with good ideas and provide rules of the road that ensure that each of them will get a fair shake, innovation will flourish. We get new, better, and cheaper products—including products with capabilities that most of us, in 2021, cannot even imagine. This collection of bills—some might call it a fusillade—therefore is a turning point in our national approach to the digital platforms. It reflects a consensus and bipartisan desire for a technology ecosystem that serves all of us without regard to station and demands that the ecosystem embody rather than undermine our common values. We commend it.

Omidyar Network is a social change venture that reimagines critical systems to build a more inclusive, equitable, and resilient society. We invest in new models and policies to ensure individuals have the social, economic, and democratic power to thrive.