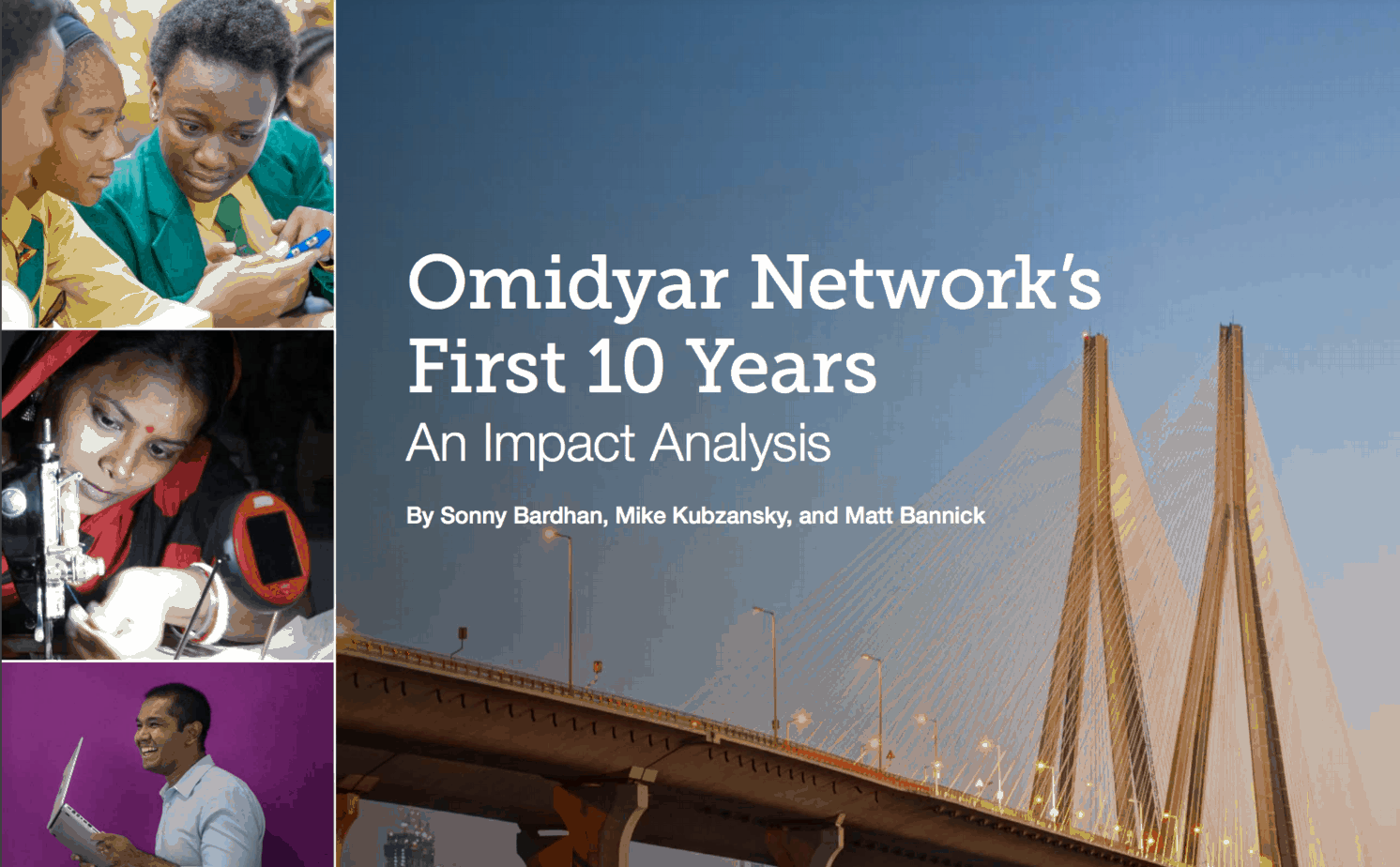 Omidyar Network’s First 10 Years: An Impact Analysis highlights our estimates of the impact of the firm’s investments made during our first 10 years, representing investments into 380 organizations and the deployment of $750 million across more than seven sectors and 40 countries. We made most of our investments during that period in early-stage organizations, with capital split roughly 50-50 between for-profit and nonprofit organizations.

To assess impact, we considered:

1) each investee’s direct impact on its own consumers or beneficiaries, by examining reach (the overall number of individuals affected), the significance or depth of the potential impact on those individuals, and the socioeconomic status of those reached;

2) each investee’s sector impact beyond the immediate customer-base, by considering factors such as whether the investee pioneered a new model that spurred imitators, provided industry infrastructure, or prompted governments to introduce policies that would affect the broader marketplace; and

3) Omidyar Network’s level of contribution to each investee, where we considered the significance of our involvement in the subsequent impact.

Several interesting findings emerged as a result of our assessment, such as:

Due to the high volume, diversity, and early-stage nature of our investments during the period, combined with limitations on data available, we chose to develop our own methodology to measure impact. We acknowledge that it has limitations, but believe the task was important, and the approach fit-for-purpose.

Omidyar Network continues to evolve, and in the future, each of our initiatives will further develop its approach for impact measurement tailored to its own sector. Nevertheless, we can see several broader themes emerging. For example, initiatives aim to add in more consumer points of view and to better assess what it means to create impact at the sector level.

We undertook this analysis primarily to hold ourselves to account and to learn for the future, but we offer it openly in the interests of transparency and to share our learnings with others in the community. We hope that sharing this report will stimulate conversation among our peers on better ways to measure impact and to ensure it includes the voice of beneficiaries.